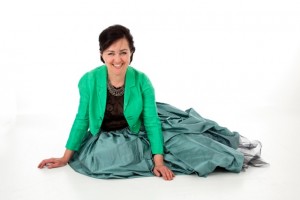 Sara Stowe grew up in Harlow New Town where studies with Virginia Black led her to win a Piano Foundation Scholarship to the RCM.  She won further prizes for her harpsichord performance but decided on leaving to pursue a singing career.  With the aid of a British Council Bursary Sara studied in Italy, then in London and Portugal with Peter Harrison.

As a singer, Sara’s many and varied performances in Britain and abroad span some 20 years.  Her wide repertoire has included performances of Purcell at the Barbican with the Academy of Ancient Music, the medieval songs of Hildegard of Bingen with Sinfonye at the Queen Elizabeth Hall, Luciano Berio’s music throughout Italy and Stockhausen’s Stimmung as part of Joanna MacGregor’s Meltdown Festival. She has toured and given workshops on early music for Wigmore Hall Education and for venues and schools throughout Britain. Prior to its refurbishment she co-ran the Purcell Room’s Dance and Drone Festival with dancer Barbara Segal.

She has a repertoire of early and contemporary music programmes she can offer with separately lutenist/hurdy-gurdy player Matthew Spring and ensemble Sirinu, artists with whom she regularly collaborates.